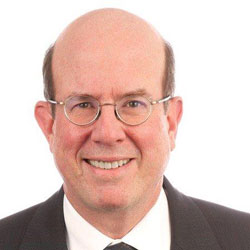 I was formerly senior partner at Norton Rose Fulbright Canada. I have had experience in all aspects of intellectual property, technology and media matters for almost 40 years. Typically this means helping to resolve disputes or to obtain appropriate protection. This frequently results in providing advice concerning licensing and litigation. I am especially interested in helping creators or creative companies to grow their business and products using intellectual property. I assist by help such companies obtain exclusive rights to their inventions or brands and to defend those businesses from claims of misappropriation I have defended some of the most creative people in the world such as James Cameron, creator of Avatar, and some of the most iconic brands such as Barbie and Heinz, Weight Watchers and American Eagle. I have also represented e-commerce and telecom companies such as Nortel, Research in Motion and eBay. I have represented movie studios, publishers, banks, software developers, chemical companies and theatre companies. Please see specific subject headings on this site for specific experience. and including work in media, advertising, technology, almost all creative industries, biotechnology and information technology.

Counsel to Nortel Networks Inc. and affiliates in their record-breaking auction of around 7,000 patent assets to Rockstar Bidco, a consortium of Apple, EMC, Ericsson, Microsoft, Research in Motion and Sony for $4.5 billion. Also counsel to Nortel in several other significant sales of multiple Nortel divisions with critical IP assets including Genband, Ericsson and Avaya.
Counsel in Canada to H.J.Heinz in the acquisition and subsequent disposition of Weight Watchers International and subsequent trademark licensing arrangements. Intellectual Property counsel to H.J.Heinz in respect of many acquisitions, reorganizations and divestitures 1986- present.
Trademark counsel to Mac’s Milk (at the time the largest franchiser in Canada) in connection with the protection and licensing of all of their trademarks.
Intellectual Property counsel to Allelix Inc (at the time the largest biotechnology company in Canada) and subsequently counsel to the various divisions and spin offs from Allelix, including Pioneer Hi-Bred (later DuPont), Allelix Biopharmaceucials (later NPS Pharmaceuticals) and Allelix Diagnostics (later ADI Diagnostics and later still Biomira Diagnostics)
Acted for the Stratford Festival and Brian MacDonald Production in respect of the production of several Gilbert & Sullivan plays at Stratford and their subsequent touring of shows in the U.S. including on Broadway and at the Kennedy Centre Washington D.C. and negotiated television rights for broadcast on the CBC.

Acted for eBay as intervener in the Supreme Court of Canada on the Equustek v. Google case involving the court’s order of a worldwide injunction against Google.
Acted for the Canadian Banking Association and the Canadian Life and Health Insurance Association as intervener in Amazon v. the Commissioner of Patents, the seminal and leading case on the patentability of business methods.
Acted for the Bank of Nova Scotia in a multimillion dollar Canadian and US patent claim by Data Treasury concerning cheque scanning and processing.
Successfully defended Fox and James Cameron in respect of a copyright claim for the movie Avatar.
Successfully defended Fox in respect of a distribution dispute over A Christmas Carol.
Defended Alliance Atlantis in respect of a claim over the production of the series Due South.
Successfully defended Sony Pictures in respect of a dispute over the movies Crouching Tiger, Hidden Dragon and other confidential matters.
Defended Universal Pictures in respect of the movie Charlie Wilson’s War
Successfully acted for His Highness the Aga Khan in a copyright claim.
Advised a large Canadian mobile phone manufacturer in connection with the multimillion dollar patent infringement claim.
Acted for Queens University and Parteq Inc and achieved a significant settlement for Queens University based on a patented drug developed there.
Acted for nVidia in the leading Canadian trade secret case on inevitable disclosure Henry v. ATI
Acted for Walt Disney and others in connection with enforcement of a US bit-torrent infringement judgment against a Canadian copyright infringer.
Acted for Warner-Lambert in a Patent Medicines Notice of Compliance proceeding relating to the block buster drug Lipitor.
I have also acted as counsel in an arbitration for Timberjack (John Deere) involving 5 US and Canadian patents before a retired US court district judge and in media and entertainment arbitrations for Fox, Sony and Marvin Hamlisch as well as numerous mediations relating to all kinds of intellectual property.
I have been an expert witness in a U.S. copyright case, involving rights to Stravinsky’s musical works in Canada, and an expert witness in an EPO patent opposition involving patent ownership and in a Canadian patent and trademark case involving professional negligence.
I am on the panel of arbitrators and mediators of the World Intellectual Property Association and the International Trademark Association and have completed the WIPO advanced workshop on domain name dispute resolution and arbitration and the INTA mediation training.
See list of reported cases attached. In addition counsel in numerous unreported decisions or cases which settled including patent cases for Queens University, Hewlett-Packard, Beecham, Warner-Lambert, Solvay, Agfa, Lubrizol, Champion Road Machinery and TRW and copyright cases for Sony, Fox and Universal and the Motion Picture Association and trademark cases for Mattel, Heinz, American Eagle, Baron Philippe de Rothschild SA, and Esselte Pendeflex, and a trade libel case for ShoreTel.

In 2006, in an independent review from clients, Chambers Global had this to say about Brian: “Brian Gray is considered the best at the firm for pure IP work, whether contentious or non-contentious. Clients say he is ‘diligent, knowledgeable, responsible and reasonable in terms of what needs to be done and portioning out the work so the rates remain viable.”
In 2007, Chambers Global in a subsequent independent review from clients had this to say about Brian: “Brian ‘can perform miracles’ according to his clients. As well as being ‘a pleasure to work with,’ he can deal with situations where ‘there are no real precedents’. As one client remarked, ‘ we cannot afford to take risks- we need a lawyer who can provide an analysis of which way the law is going and who can foresee how the courts might respond-and that’s precisely what Gray does.”
Selected by peer reviews published in Managing Intellectual Property as one of the top patent and trade-mark lawyers practising in Canada, every year since reviews began.
Identified in L’Expert Directory in Canada as one of the most frequently recommended lawyers in the Intellectual Property category, every year since reviews began.
Listed in AmLaw/LEXPERT as one of the 500 leading lawyers in Canada and one of twenty-five in the Intellectual Property category, 1999 – 2005, 2012-present.
Listed in Who’s Who Legal as a leading lawyer in patents and trade-marks category 1999 - present.
Listed in Practical Law and in Global Counsel 3000 as “highly recommended” in Intellectual Property, Life Sciences and Life Sciences Biotechnology.
Listed in the Euromoney Expert Guide 2003 - present as one of the World’s Leading Patent and Trade-mark Law Experts
Listed in the World Trademark Review 1000 (WTR 1000) 2011-present as leading individual (Band 2)
Listed in Who’s Who Legal as a leading lawyer in the life sciences category.
Listed in Benchmark Canada as a leading litigation lawyer in the Intellectual Property category 2013-present

Formerly photojournalist (stringer for UPI, Look, Newsweek) and photographer for the Smithsonian Institution

Active in numerous international organizations such as AIPPI but especially the International Bar Association where I was chairman of one of the largest committees of the business law section, the Intellectual Property and Entertainment Committee and helped run meetings all over the world, in Berlin, New Delhi, Strasbourg, Melbourne, Hong Kong, Chicago, Boston, London, Paris and Barcelona to name a few and I also helped support local regional meetings in Mexico, Turkey and Brazil and coordinated the IBA representation at the WIPO in Geneva.
As noted above in January 2011, I was an instructor on Intellectual Property for a three day program for judges from Ukraine and Moldova for the Central and Eastern European Law Institute (CEELI) , Prague, Czech Republic.
I co-founded the IP group at Blake Cassels which became one of the largest and most respected IP groups in Canada in a general practice firm and I also headed the IP department at McCarthy Tetrault, one of the largest law firms in Canada at that time.
For seven years I was on the board of one of the most successful university technology transfer organizations in Canada at Queens University, Parteq Inc.
For ten years, I served on the Canadian Government policy body to advise on intellectual property policy as it related to biotechnology issues.